Islamophobia: How the Media is Creating Unnecessary Fear in us.

A slight sense of unease accompanied me to my recent teaching experience at a Muslim school in a large city in Australia. I’m not sure why. I had initially felt privileged when the school invited me to talk to staff and students about youth mental health and I try not to have any biases or prejudices (other than my unconscious ones), so my caution concerned me. It was all for nothing, of course, because I can assure you I had nothing to fear! It was a large school and over 200 staff attended the training. The first thing that struck me when I arrived was that all the women wore head coverings, even though many of them, including the main organiser, were not in fact Muslim. It was amazing to hear her talk about the verbal abuse she has endured in her own community by people who make the assumption that she is a Muslim. I asked her why she wears the head covering, indeed why all the women, Muslim and non-Muslim, wear head coverings, and she said it was a school policy designed out of respect for those at the school who are Muslims and are required to cover their heads. Fair enough, I thought. It certainly didn’t seem to worry any of the women I spoke to. 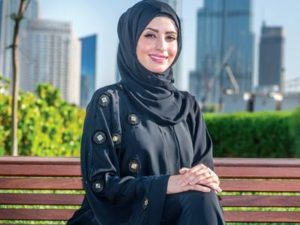 The hall I was presenting in quickly filled about 10 minutes prior to the presentation and the next thing I noticed was that the women and men sat on different sides of the room. I’m no expert in gender segregation and Islam, but it seems that the only time it comes to our attention is when women are asked to sit at the back of the room, as has happened at public events in the past. So I should just point out that the men and women in this presentation sat on different sides of the room, the women were not at the back. Just sayin….. Where the learning curve for me became very steep, however, was once I started talking. I quickly learned three interesting things:

I think the media has done a terrible disservice to the Muslims all around the world. We are fed a steady diet of propaganda that has us believing that Muslims are an enormous threat to us, that we ought to always be on our guard and that most Muslims agree with absurd things like Sharia Law and Honour Killings. If that were true, it would be like suggesting that all Christians are homophobic and don’t believe in sex before marriage (and we know that aint true). I still remember being on a flight out of a major city in Australia as three men boarded the plane dressed in full Islamic gear (the Galabiyya with the Talib Hat). As they walked down the aisle of the plane, I noticed a hush come over the cabin. One of the men placed his bag in the overhead compartment, which was now full, so he attempted to close it. It didn’t work and the door sprung back open, so he attempted to shut it two more times. Then, obviously aware that he was holding up the remaining passengers from boarding, he slammed it shut. When he did this it made an almighty bang and much to my surprise, several people screamed and a few more dropped to the ground, I presume thinking that a gun had suddenly been shot. It was very, very obvious that people were worried about the dangerous Muslims on our plane. What’s the solution? A great place to start is getting off your butt and meeting a Muslim. You will almost certainly find that they are just like you and I: friendly, caring, kind, thoughtful, and very normal people who subscribe to a faith just like many other people do. As well as that, we need to hear the good news stories, like this one that show us the humanity of others, that prove to us that Muslims are no different to you or I. They bleed the same. They feel the same pain. They love the same. And unfortunately, sometimes they hate the same, just like us. When I watched this short documentary, it brought me to tears. It is just delightful.

My Enemy, My Brother

And finally, if you need more proof that what I’m talking about is important, and that we need to stop and have a rethink, please watch this amazing TED talk (probably my favourite TED talk of all time). I promise you that you will not only laugh, but be very, very pleasantly surprised listening to this Muslim woman from Brisbane talk about her life. [ted id=2262] And by the way, if you’re looking for things to be more worried about than your local Muslims attacking you, here’s a list to get you started: · The ICE epidemic · Domestic Violence · Child Sexual Abuse · The Sexualisation of Young Girls · Cyberbullying · Homophobic discrimination That ought to keep you going for a while 😉 And let me assure you, in my line of work, these are much, much greater threats to your community than terrorism.