Here are some of my reflections that I wrote on Father’s Day last week…..

I’m sitting here alone, well almost.  My 12 year old is on the computer.  The 18 and 15 year old lads are surfing and skating and my lovely wife and daughter are out shopping, buying nice food for a Father’s Day dinner.  Father’s Day is always tinged with sadness for me as I think of my little boy who died 16 yeas ago.  On days like these it feels like it happened yesterday.

Anyways, I have a confession to make:

I am not a good father.

There, I said it, and I feel better for it.  I’m like the person at AA getting up and saying, “My name is Geoff, I am an alcoholic.”  It kind of feels good to admit the truth.

It’s not always been this way.  I reckon when we started on this parenting journey I was pretty good at it.  In fact, I thought that I was going to be such a good dad that I would write books about how to be a good father, that people would travel from around the world to hear me speak.  Then the reality of raising children slapped me in the face like a cold, wet fish.

Now, I’m not being a navel gazing whiner looking for sympathy, for people to say , “Don’t be so hard on yourself Geoff, I’m sure you’re a great father.”  Truth is, I’m not.  Don’t get me wrong, I love my kids desperately, but I’m also human, and I make mistakes, heaps of them. 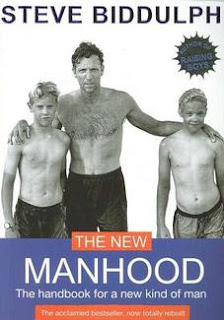 My dad is amazing.  He has overcome unbelievable odds in his life.  But he had his own demons to fight on his journey, and in spite of his love for me, he also made mistakes.  I can live with that, we’ve reconciled, we talk often, and he is bloody incredible.

But the harsh reality is, lots of men go to their graves believing that they are a complete and utter failure.  Most of them won’t admit it, but they know it, trust me.  Steve Biddulph has some great stuff to say about this, and it was his book, “Manhood” that prompted me many years ago to approach my father and talk.  Now, almost 18 years later, I find myself approaching my own sons to “talk” about myfailings and to seek their forgiveness.

We’ve had some tough stuff to deal with over the last several years.  Last year included my sister’s husband dying and leaving her to raise three little girls on her own.  Every time I go and visit her and the girls I feel like someone reaches in to my chest and rips my heart out so I can’t even begin to imagine how hard it is for her.  Not long after Alan’s death my dad had a heart attack and barely pulled through.  My sister was almost devastated.  The day it happen she said , “I’ve just lost my husband, I’m not ready to lose my dad as well.”  It was so difficult seeing her in so much pain.

A couple of weeks ago we copped another blow (I will spare you the gory details), and it felt like the straw that broke the camel’s back.  I was overcome with grief and it was enough to have me seriously questioning my value as a both a husband and a father.  I seriously contemplated leaving Karen, honestly believing that her and the kids would actually be better off without me.  It wasn’t so much the idea of running away, rather setting them free from the burden and failure that is me.

Fortunately, I didn’t.  Initially I just crawled in to bed, had a sob, and went to sleep feeling completely and utterly despondent.  The next morning though, something clicked, I wanted to fight.  So I got up and decided to go for a run.  I went down to the beach and ran 10km up and down Nobby’s Beach in Newcastle.  I deliberately ran along the shore so that I often got hit by waves coming in.  I saw it as a metaphor for life, that we get battered and beaten and we have two choices; 1) Fight, jump over those waves as they roll in, lift your legs higher, push harder, or 2) Let the waves take your legs out from under you and wash you away.

The ensuing couple of weeks have been hard.  My heart is still aching.  I still feel very sad at times.  But it didn’t just end after the run.  I also made the choice to touch base with a mate, and be really honest.  I emailed him at first and dumped.  I figured he could choose to ignore the email, write me a scathing reply, or be willing to listen and talk.  I’m thankful he chose the latter option.  We got together, and over a couple of beers and some pub grub, we talked, brutally and honestly.  And guess what?  He’s not a perfect father either, and he’s made lots of mistakes.  I walked away feeling better as a man, somehow my vulnerability didn’t leave me feeling pathetic and weak.

So, on this day where a lot of men recognise we’re not so perfect, my invitation, no my challenge to you, is to talk to someone if you’re feeling not so good about yourself.  And if you’re feeling great, find someone to listen to.  And if your dad failed you, talk to him.  Tell him that you have failed too, and that you’re sorry.  If he’s not around or he doesn’t want to talk, write it all down, be brutally honest, then file it away somewhere or burn it, what ever makes you feel better.

And if you’re a wife or a partner reading this, think about telling him how awesome he is.  Check out this amazing site where this woman invited people to join her in celebrating, “My Husband is Awesome” Day.

It’s not all bad I should say.  This is just another step in this journey called life.  I’m sure all will turn out okay, actually I’m not sure, I hope and pray it will.  Maybe what I’m sure about is that somehow we’ll get through, like we always have.

And hats off to my boys.  I have taken both the 18 year old and the 15 year old out for coffee (actually the 18 year old took me out for brekky this morning for Father’s Day) and told them that I feel like I have failed them, and asked their forgiveness.  They both gave it freely, and to quote my 15 year old, “Dad, I don’t think you’re a shit dad, I think you’re great.”  They both admitted that there have been some hard times, that I have hurt them at times when my own pain spills over and attacks them, but they understand, they get it, and they are thankful that I’ve kept fighting and love them so much.  I’m really blessed to have them.  I suspect I’ll have the same conversation with my 12 year old son and my 9 year old daughter one day.

Well, time to go clean the BBQ.  The older boys are going to do dinner for the family on the BBQ and I’m even going to splurge and drop my vegetarian principles and have a big fat steak.  But I reckon being teenage boys they won’t bother cleaning the BBQ, so I will.